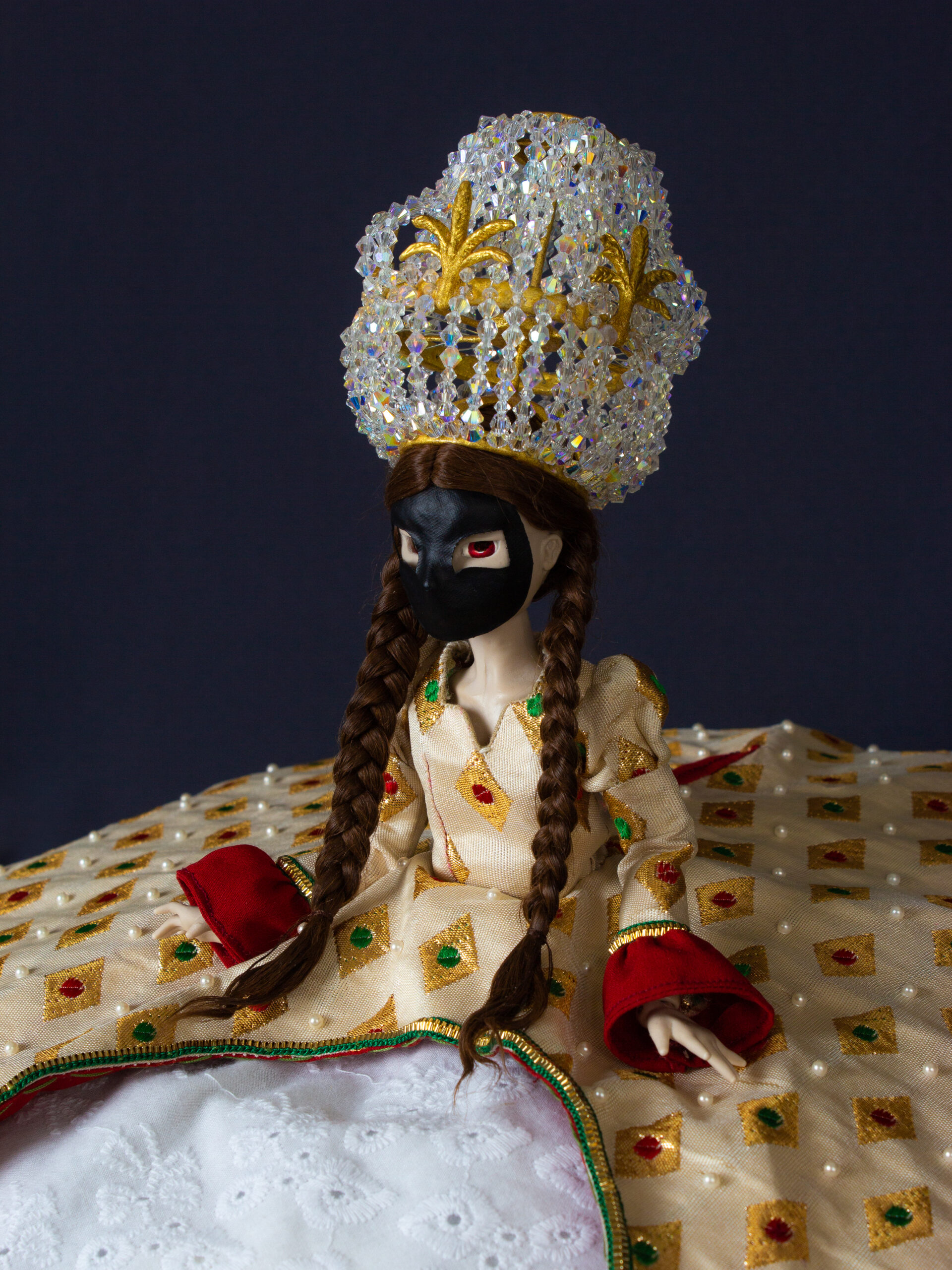 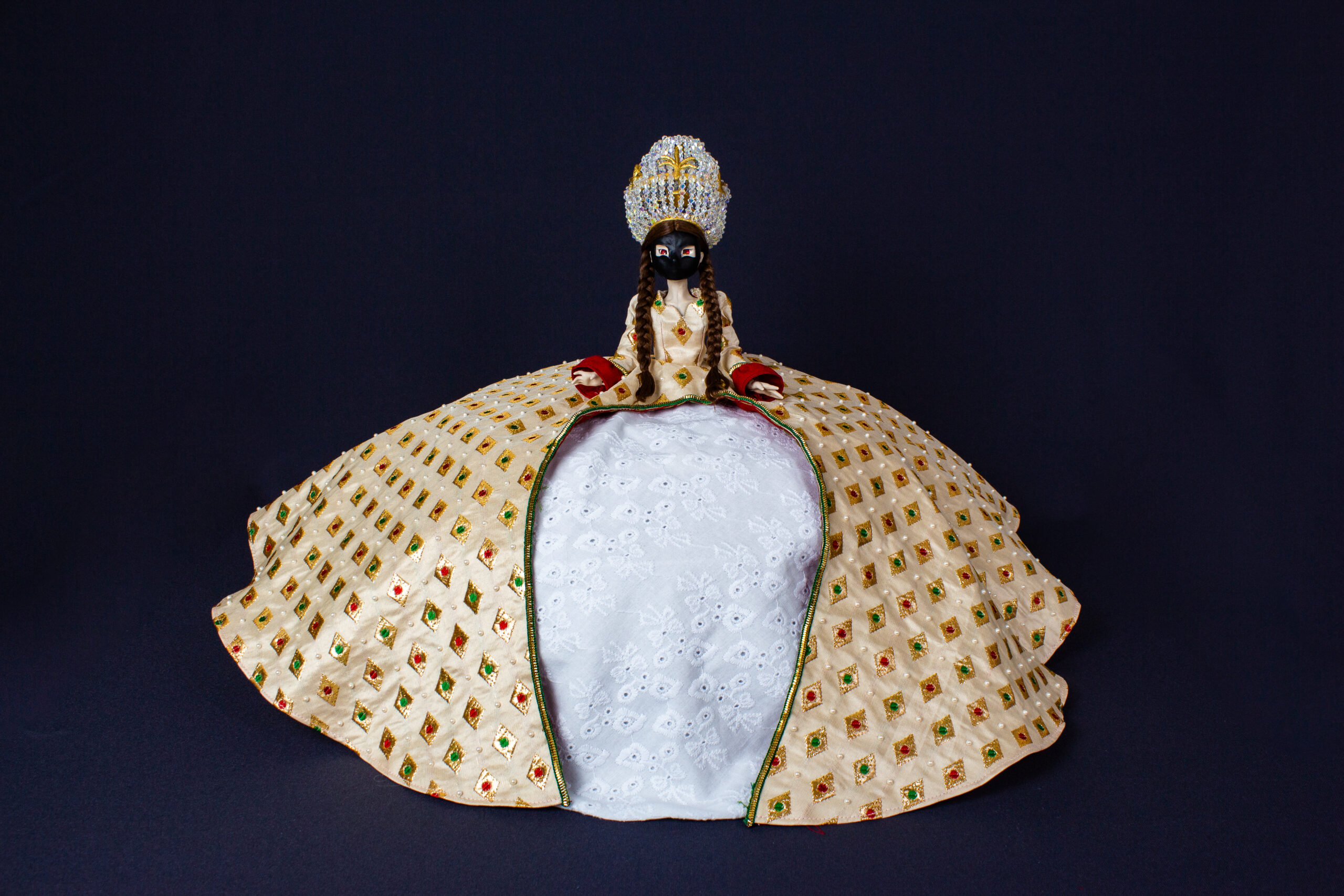 ‘Burqa Moretta’ is an exploration of the Emirati traditional mask called the ‘Burqa‘, combined with the Venetian carnival mask, the ‘Moretta’. The former is mainly worn for privacy and modesty, whereas the latter, although seemingly to hide the face, is somewhat different in that the woman takes it off for an eligible suitor. This sculptural piece explores the contrast between the two traditional masks from both identities their respective functions.
Similarly to the mask, both the dress and headpiece are a combination of both nationalities, from the pattern of the fabric to the styling of the garment, it is a symbiotic relationship and a celebration of both identities.

For purchase inquiries, please send me an email.

I was imagining what a Venetian costume would look like if it was combined with elements from my own Emirati culture.

“What would that woman wear?”

I wanted to make it both equally Venetian and Emirati.

I knew I had to pick a fabric that was colorful, with simple patterns that felt like it could be worn in the Renaissance. Any elaborate designs would also be difficult to imagine in a modest desert region largely dependent on trade. Gold, green and red were all colors very commonly worn by Arab women. Red was worn on her Henna night, and green on her wedding. The diamond shapes on the other hand reminded me of a Harlequin character, or Zanni, from the Italian Commedia dell’arte theatre.

The elaborate designs of headdresses that carnival attendees wore were limitless. This golden chandelier is very common in Arabic households in the Gulf region, that embraced a classical and ornamental design approach to their living spaces from the 80’s until today. Although most Venetian costumes covered the head and hair with headdresses, crowns, and scarves, I wanted to add an additional touch of Emirati flair with the classic twin braids. Hair was a mark of exceptional beauty for Arab women and they took great care in keeping it long and healthy.

I also included pearls all over the dress as an homage to abundance that was the Gulf’s pearl trade, and little embroidered Talli on the edges of the sleeves that are handcrafted by Emirati artisans to this day. The final costume is an amalgamation of Venetian and Emirati artistry.